Below is a list of inspirational books for cooking, baking and gardening. Books that are listed with a picture include a FWDR Review. 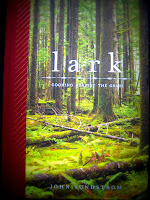 Lark: Cooking Against the Grain, by John Sundstrom, by Community Supported Cookbooks


The French Laundry Cookbook, by Thomas Keller
- an example of top notch cooking, infallible attention to detail and quality produce

Ad Hoc at Home, by Thomas Keller
- the 'at home' Thomas Keller style of cooking, paired down compared to the French laundry, but no less attention to detail. the fried chicken recipe is outta-this-world-delicious.

Mastering the Art of French Cooking, by Julia Child, Louisette Bertholle and Simone Beck
- a classic if there ever was one on French cuisine for the home cook.

Tender: A Cook and his Vegetable Patch Vol. I & II, by Nigel Slater
- an all rounder for cooking vegetables (not just vegetarian!) and growing them. nigle slater's prose on each vegetable is insightful and just touches on a love story.

Around my French Table, by Dorrie Greenspan

Nobu the Cookbook, by Nobu 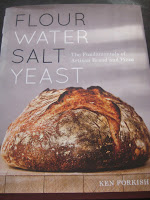 Baking with Julia, by Julia Child

How to Grow Winter Vegetables, by Charles Dowding

Tender: A Cook and his Vegetable Patch Vol. I & II, by Nigel Slater